It’s my pleasure to introduce our special guest blogger today! Peggy and I worked together at Vox for more than two years. Well-liked for being sharp-witted and resourceful while adding her special brand of humor and fun to the team, Peggy is a problem-solver, a forward thinker and a great friend. -Jeannie Walters

Why do businesses fail to communicate change to customers?

One day, I showed up for my training session at the boxing gym I have belonged to for the last 10 months. As soon as I got there, some woman told me that my coach is no longer there. She pushed a different guy toward me, and a team of people were cleaning out the office and taking things off the walls.

Now, I know the other coach. He’s a really great boxer, but he’s not my coach. I filled him in on my goals, but he mostly just ignored me. We had a pretty good workout, but it was different from what I’ve been enjoying about my training, and inside, I was spinning out with anxiety about all the change.

After the lesson, I asked the mystery lady what was going on. She was super weird about it. She wouldn’t give me any direct answers, and then told me that she hoped everything would stay EXACTLY the same. (Except, you know, my coach.)

I left the gym and got in touch with my coach. He told me that he was fired this morning, because the owners are revamping the gym, and he’s out. That was what I was afraid of! I really love working with him, and I love that gym.

I was emotionally invested in the experience, not the brand.

After a satisfying Facebook thread with other gym members, my coach, and other trainers, I felt better about being upset. The coach/boxer relationship is really important and having it ripped out from under me was something that I have a right to be emotional about. My coach was devastated, and he promised us that he would be finding a new place to continue our training, if we wanted to stay with him.

I woke up this morning, feeling slightly better, but there was one thing I really wanted to do: go back to the gym and steal my gloves. There is this one pair of pink boxing gloves that were the first pair I ever put on, and the pair that I always use when working out there. My plan was to hit the 5pm class, say goodbye to a few people, and… steal those gloves.

Yeah… it did NOT work out. When I got there, the gym was crawling with new people, the coach I wanted to see wasn’t there, the gloves weren’t even there, and there was no light in the bathroom. It was a hot mess.

In that moment, I realized that if I wanted to make myself heard, this was my chance. So, I asked to talk to the lady I met yesterday. I chewed her out, cried and stormed out.

It was completely junior-high behavior, and it felt AWESOME.

I told her I deserved a clear explanation, and that I deserved to be given notice that my trainer wasn’t going to work there anymore. I felt like my history as a loyal customer at the gym was being disregarded. She tried to tell me that the gym was having financial problems, to which I replied, “Well, I’m one of the people giving you money, so it seems like you should want to keep my business if that’s the case.”

It seems to me that if you are providing a service, and you’re going to suddenly change that service, you need to have a frank, forthright conversation with people. Tell them you care about their feelings about the change. HAVE A PLAN. Communicate that plan.

I have zero loyalty to these people, whom I’ve never seen in the time I’ve been at the gym. I don’t care about their financial problems. I care about my training, and I’m willing to pay premium prices for it. But they lost my business.

I left upset that it still hadn’t worked out. So, I drove to another gym. It wasn’t as good of a boxing class, but I could focus on the things I’ve been working on with my coach, and do my own thing. And it was cheaper than paying for private training. It might be a way to keep my momentum of training until I can get started with my coach again.

And I will follow him to a new gym, because he has made me feel valued. He even took the time to try to make me feel better on the day that he had just lost not only his job, but the gym that he has worked for the last several years to build. 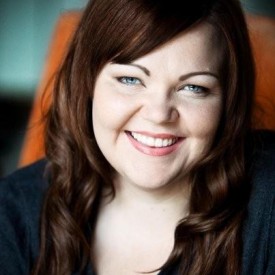